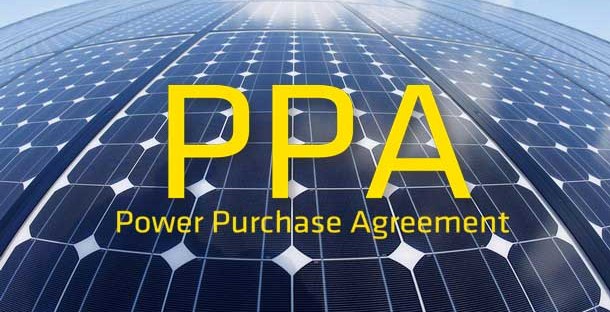 Over the past couple of years I have listened to cries emanating from all sectors of the society to break the monopoly held by the Jamaica Public Service Company (JPS) on the nation’s electricity market. The Honorable Minister, himself, Phillip Paulwell, has echoed similar sentiments and has publicly underscored his intention to break up the monopoly – hinting to the recently introduced net-billing and the soon to be introduced wheeling policies as the main vehicles. While these policies will undeniably play an important role in the bid to liberalize the electricity sector, the Minister’s work can’t stop there as more definitely needs to be done!

JPS is a vertically integrated electricity company owning generation, transmission, and distribution facilities and holds the rights as the sole entity to transmit, distribute and supply electricity throughout the Island as outlined in its All Island Electricity License -2011. JPS previously held the rights as the sole generator in the Island, however, this was later changed in 2004 under the stewardship Minister Paulwell who introduce competition into this market by adopting a bidding process in the procurement of new power generating capacity. The OUR (Office of Utilities Regulation) was given the mandate to manage and administer this procurement process as well as the preparation of the Least Cost Expansion Plan.

Under the present power generation procurement policy, successful bidders are required to sell energy and capacity to JPS under a Power Purchase Agreements (PPA) as an authorized Independent Power Producer (IPP). A PPA is a contract between two parties, one who generates electricity for the purpose (the seller, IPP) and one who is looking to purchase electricity (the buyer, JPS). The existing JPS’s All-Island Electricity License prohibits any other entities from legally selling electricity to an end user. That is to say, if you wish to buy a generator whether renewable or conventional type with the intention of selling the electricity produced then you have to sell it to JPS under a PPA or under a net-billing license, whichever applicable, and not to an end user. Note however that you are allowed to be a self-generator, meaning that you can generate electricity for your own use on the site of generation and sell surplus to JPS and will be allowed under the wheeling policy, when introduced, to transmit the power over the JPS network to a remote site owned by you the self-generator.

Now back to the issue at hand – the JPS monopoly! All the discussions I have heard about the feasibility of breaking the JPS monopoly have all been centered around the transmission and distribution aspects of the JPS license, but until now no one has looked at the supply side of the license. This was mainly because it was not feasible until recently to supply electricity directly to the end user. The wide-scale commercialization of small Solar PV and Domestic Wind energy systems have changed all that, making it feasible to supply electricity directly to the end user and omitting the need for an interconnected grid. So with the price of Solar PV energy systems at an all-time low coupled with an increasing public interest and awareness, now is the prime time to access the liberalization of the monopoly held by JPS on the supply of electricity throughout the nation.

I agree with the sentiments expressed by others in relation to the breaking of the monopoly held on the transmission and distribution of electricity. The breaking up of the ownership of the Grid (the wires) will not lead to the reduction in electricity prices that we are seeking, in fact, a few amateur studies have confirmed this and points to it not exhibiting economies of scale and therefore will lack the necessary incentives to drive the price of electricity down. Therefore getting cheaper sources of energy on the grid should, therefore, be our ultimate goal! With this in mind, I am taking this opportunity to propose the introduction of a Solar Power Purchase Agreements (SPPA) policy to the supply side of the electricity market. Thereby effectively breaking JPS hold on the supply of electricity throughout the Island, leaving JPS with only a monopoly in the transmission and distribution markets.

The introduction of SPPA can and will surely bring true competition into the supply of electricity throughout Jamaica and will have a greater effect on the price of electricity compared to the intended wheeling policy which will see only a small cross-section of the society benefiting – mainly large commercial and industrial customers. The Solar PPA model has been successfully implemented in the USA and is now seen as the most vibrant arm of the nations PV sector attracting massive investment from some of the countries top venture capitalists and other investors such as tech giant Google. How will the SPPA works? Well according to the United States Environmental Protection Agency (EPA):

A Solar Power Purchase Agreement (SPPA) is a financial arrangement in which a third-party developer owns, operates, and maintains the photovoltaic (PV) system, and a host customer agrees to site the system on its roof or elsewhere on its property and purchases the system’s electric output from the solar services provider for a predetermined period. This financial arrangement allows the host customer to receive stable, and sometimes lower cost electricity, while the solar services provider or another party acquires valuable financial benefits such as tax credits and income generated from the sale of electricity to the host customer.

With this business model, the host customer buys the services produced by the PV system rather than the PV system itself. This framework is referred to as the “solar services” model, and the developers who offer SPPAs are known as solar services providers. SPPA arrangements enable the host customer to avoid many of the traditional barriers to adoption for organizations looking to install solar systems: high up-front capital costs; system performance risk; and complex design and permitting processes. In addition, SPPA arrangements can be cash flow positive for the host customer from the day the system is commissioned. The following diagram illustrates the roles of all participants in an SPPA model (click to enlarge), which is supported by the paragraphs that follows:

A host customer agrees to have solar panels installed on its property, typically its roof, and signs a long-term contract with the solar services provider to purchase the generated power. The purchase price of the generated electricity is typically at or slightly below the retail electric rate the host customer would pay its utility service provider. SPPA rates can be fixed, but they often contain an annual price escalator in the range of one to five percent to account for system efficiency decreases as the system ages and inflation-related costs increases for system operation, monitoring, maintenance, and anticipated increases in the price of grid-delivered electricity. An SPPA is a performance-based arrangement in which the host customer pays only for what the system produces. The term length of most SPPAs can range from six years (i.e., the time by which available tax benefits are fully realized) to as long as 25 years.

The installer will design the system, specify the appropriate system components, and may perform the follow-up maintenance over the life of the PV system. To install the system, the solar services provider might use an in-house team of installers or have a contractual relationship with an independent installer. Once the SPPA contract is signed, a typical installation can usually be completed in three to six months.

An investor provides equity financing and receives the federal and state tax benefits for which the system is eligible. Under certain circumstances, the investor and the solar services provider may together form a special purpose entity for the project to function as the legal entity that receives and distributes to the investor payments from the sale of the systems kWh output and tax benefits.

The utility serving the host customer provides an interconnection from the PV system to the grid, and continues its electric service with the host customer to cover the periods during which the system is producing less than the site’s electric demand. Certain states have net metering requirements in place that provide a method of crediting customers who produce electricity on-site for generation in excess of their own electricity consumption. In most states, the utility will credit excess electricity produced from the PV system, although the compensation varies significantly depending on state polices.

Read about the City of Pendleton, Oregon’s system (PDF), and check out the EPA website for more information on how SPPAs work.

Need I say that my proposal is not novel? Of course, it’s not, I am not that smart, am I? Remember in my last post I emphatically emphasized that the solution(s) to our energy problem (and our societal problems on a whole) need not be novel? Its ok to copy and paste a proven solution in this regard – no intellectual property infringements here! I will re-iterate here that copying and pasting a proven solution is perfectly acceptable in the quest to solve our energy woes and any other as a matter of fact!

We have all the components of this model, except for the SPPA policy, so therefore if any of you guys have Minister Pualwell’s email address please send him a copy of this post for me. This proposal I think can help him put one more stripe on his shoulders and in the same breathe aid us in lowering the cost of electricity in our Sunshine Nation! The good thing about this approach is that even JPS can be allowed to participate, thus providing a level playing field.

Thanks for reading and I am most definitely looking forward to your comments!